A deep dive into Valley West, by and beyond the numbers 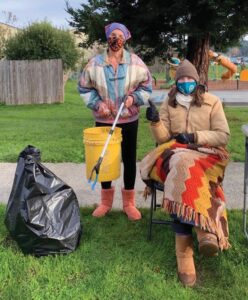 “What is Valley West? It’s an ignoble, underappreciated, underreported, misunderstood and for some, generally avoided part of our town. A commercial ghetto. Arcata’s boomtown black sheep. Even, as some disparagingly put it, ‘The Gateway to McKnleyville’.”

This editorial quote from Kevin Hoover on April 17, 2001, still rings true for our Valley West Neighborhood in 2022. Our weekly Valley West articles will strive to change the underreported part, so that it can be better understood and appreciated for all that it has to offer.

This edition focuses on Valley West by the Numbers. Since I have a degree in Math, I jumped at the opportunity to describe this 408.6 acre Valley West Neighborhood with any numbers that I could find.

Using the California State Parks Community Fact Finder app and selecting a 1-mile diameter circle that includes the majority of the Valley West Neighborhood, we found the following demographic data: 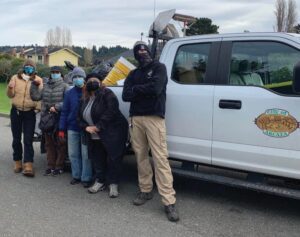 According to the Public Safety Task Force Final Report (2018) “as the City’s most affordable neighborhood, Valley West houses a disproportionately high number of students, minorities, and low-income families.” Census tract data will be used in the future to define demographic trends and comparisons with other neighborhoods.

An exciting, recent development at Lazy J is their solar array, which is the largest in Arcata and easily visible from Highway 101. Valley West also includes a large, subsidized housing complex (The Courtyards [100 units]), and River Community HUD Homes (40 units). There are many condominiums and over fifteen 1-2 bedroom apartment complexes on or adjacent to Valley East/West Blvds. 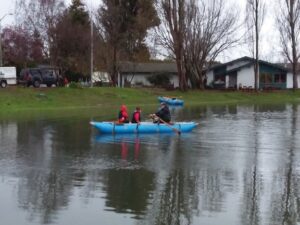 A total of 577 students (TK- 8th grade) attended Pacific Union School in 2020, with a large portion living in Valley West. At that time 52.3 percent of their enrollment were socioeconomically disadvantaged and 23.6 percent were Hispanic or Latino, mostly living in Valley West. Laurel Tree Charter School on Valley West Blvd. includes grades TK-12th, with an enrollment of 136 in 2020. 48.5 percent were socioeconomically disadvantaged and 10.3 percent were Hispanic. Six Rivers Montessori serves 46 students in K-6th grades, with a 4 percent Hispanic population. Little Learners Preschool includes up to 41 students from ages 6 weeks to 6 years.

Two Martial Arts Studios are found in Valley West – Sun Yi’s Academy of Tae Kwon do and Lost Boys Jiu-Jitsu and Muay Thai. Both studios provide classes for youth and adults. Sun Yi’s has offered classes in Valley West for over 40 years and the Lost Boys moved to the Valley West Shopping Center in 2018.

The Valley West Neighborhood is heavily weighted by businesses, with 77 currently in operation, according to the City of Arcata Finance Department. The Valley West Shopping Center alone includes 20 businesses. The Economic

Development Plan for 2010-2014 states: “Of the City’s 15 neighborhoods, Downtown and Valley West are consistently responsible for the greatest share of sales tax revenues. Between 2004 and 2008, the business groups that generated the most sales tax revenues for the City were business and industry, fuel and service stations, and restaurants and hotels.” As reported by the Finance Department, these 77 businesses provided $510,116 in sales tax in fiscal year 2020-2021.

As mentioned in the Economic Development Plan for 2010-2014, most of the City’s transient occupancy tax (TOT) revenues are generated from this area, as the majority of Arcata hotels/motels (eight out of 10) are located in Valley West. 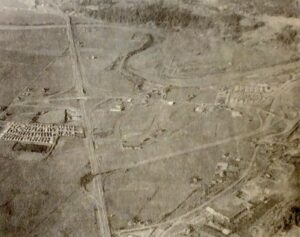 These eight motels provided $1,086,201.51 in TOT for the 2020-2021 fiscal year. With the impending conversion of the Red Roof Inn and the Days Inn to Permanent Supportive Housing through the Homekey Program, this TOT income for Arcata will permanently be reduced. Another reduction to the City’s overall TOT might come if the Fairwinds Motel is acquired by HSU, as mentioned as a possibility at the Public Safety Committee meeting last October.

According to the Parks and Recreation Master Plan (2010), Valley West contains the majority of visitor accommodations and has very limited developed park and recreation amenities. Two city parks can be found in Valley West: Valley West Park (3.59 acres) and Carlson Park (19.8 acres). This total of 23.39 acres makes Valley West appear to have tremendous recreational opportunities, but both parks have limited acreage that are truly usable for recreation. Valley West Park serves both as a park and the major storm retention area for the Valley West Neighborhood.

As Kimberley White reported in last week’s Valley West column, this park is part of an “abandoned meander” of the Mad River. This results in frequent flooding, high enough to allow boating by Laurel Tree Charter School students. As quoted in the 2001 Valley West issue of the Arcata Eye, current City Manager Karen Diemer (then recreation supervisor), said “There is a lack of choices there, especially since 50 percent of the park is unusable five to seven months of the year due to excess water.” A basketball court and small playground can be found at the east end of Valley West Park, on Hallen Drive, off of Valley East Boulevard.

Even though the almost 20 acre Carlson Park was deeded to the City by Caltrans in 2017, it still has no playground, picnic table, bathroom or parking. Also, the vast majority of Carlson Park is dedicated to ecological protection, while its northern portion provides the only access to the Mad River within the City limits.

In 2001, Karen Diemer also advocated for a trail or park adjacent to the Mad River, so that summer residents could enjoy water activities. Current encampments have complicated the development and safe use of trails to the Mad River. The southern 1.8 acres is flat and has been recently used for community events by CUNA (Comunidad Unida del Norte de Arcata). If grants are acquired for this portion of Carlson Park, it does have the potential to be developed as a playground and/or playfield.

The 2010 Parks and Recreation Master Plan states that “Arcata has several indoor facilities that provide recreational, social, educational, and cultural activities within the community.” None of the seven listed private and city facilities or four pools are located in or anywhere near Valley West. And sadly, no Parks and Recreation regularly scheduled programming is carried out in Valley West for the many children and youth living in this neighborhood.

According to the City of Arcata’s Draft Strategic Arts Plan (2021-2024), the mapping of Arcata’s cultural assets clearly shows that the majority of opportunities to experience the arts in Arcata are centralized within the historic downtown. “Downtown, film and performing arts venues, various pieces of visual public art, and the festivals and events that Arcata is known for, exist in walking distance. This is not the case in outlying neighborhoods, which house the majority of lower income, student, and BIPOC residents. The Valley West area specifically has limited access to arts opportunities. The ‘clustered’ nature of cultural assets around the city continues to contribute to spatial, cultural, and aesthetic inequities in the Arcata community.”

The only two public art pieces in Valley West can be found in the roundabouts on Giuntoli Lane – “Luna” by Mort Scott (used in this column’s logo), a retired Humboldt State art professor, and “River Steps” by Robert Benson (retired College of the Redwoods art professor). Many blank canvasses surround the Valley West Shopping Center, and there are ongoing talks about the potential for murals in these spaces.

Within the 40-acre Potawot Health Village, 20 acres of restored natural area is a conservation easement dedicated to forever enhance and protect the wetland meadows. Their Community Nutrition Program and Potawot Community Food Garden were established in 1999, working to combat food insecurity and promoting healthy nutrition for UIHS tribal communities. Besides a weekly Farmer’s Market during the growing season, the Potawot Garden donates thousands of pounds of produce annually to local food banks, tribal youth events, tribal community events and cultural activities. The complex also has approximately two miles of walking trails that meander around the wetlands, upland, basket and textile garden, food garden, and through the meadows and fruit orchards.

The Mad River Community Hospital is a 78-bed, trauma registered, acute care medical facility. Within the Hospital complex are buildings dedicated to adult day health care, rehabilitation clinics, and wound care. The Hospital is one of the few in the entire country to have an onsite organic garden (two acres) that serves its produce year-round to patients and staff. Their satellite facility of the Mad River Hospital Home Health Care can be found on Valley West Boulevard.

Total incidents registered by the Arcata Police Department for this time period were 2,440, 2,789, 3,450, 2,866, 4,453, respectively (with the year 2021 crime data ending on Dec. 15). It must be noted that these high numbers of police incidents for Valley West did not include those registered at the Mad River Community Hospital, which has included assaults on Hospital staff, along with violent crimes associated with housing and substance abuse issues, according to Chief Ahearn.

The Public Safety Committee has formed a specific Valley West Subcommittee, and we look forward to more analysis coming out of this subcommittee, which we will include in future columns.

In conclusion, this smattering of numbers tells a lot about the multi-faceted Valley West Neighborhood, from the lack of recreational opportunities or public art to the high numbers of police calls and tax revenue. Over time, with more analysis, and the perspectives of different players in Valley West, we will delve deeper into these numeric descriptors to give this neighborhood the attention it deserves.