WINSTON-SALEM, N.C. – Chris Paul’s connection to historically Black colleges and universities is apparent for all to notice, from wearing HBCU gear to his executive production of the ESPN+ series Why Not Us.

But Paul has taken that a step further through the Chris Paul Family Foundation with an initiative on HBCU campuses to install vending machines that supply plant-based protein drinks and products through a partnership with Koia.

The first installation was in his hometown at Winston-Salem State University. Paul is enrolled as a student seeking a communications degree, all while playing for the Phoenix Suns, which has the NBA’s best record heading into All-Star Weekend. 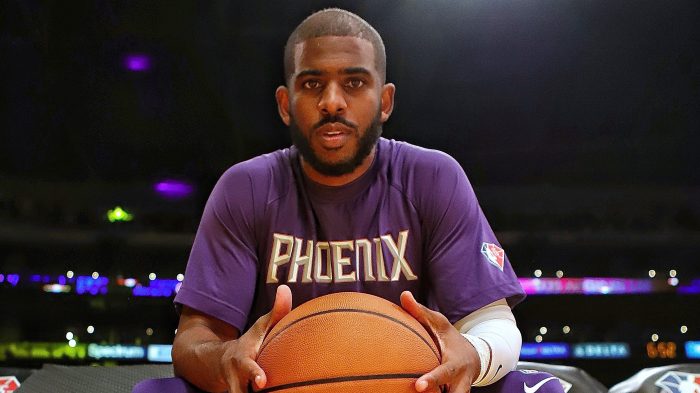 On Feb. 12, the foundation held a community event during the men’s basketball team’s game against Fayetteville State, as the squads competed for the top spot in the Central Intercollegiate Athletic Association Southern Division. The Rams won 65-64.

“We don’t have a lot of opportunities on campus to eat stuff that’s plant-based or just healthy here on campus,” said Sanje Moore, a sophomore business management student. “There’s a lot of good cooking down here, but I am also concerned about my health.”

Paul said he knows of the not-so-healthy eating habits in the African American community and how that causes underlying health issues.

“For me, it was such a drastic change because I’m from the South. I’m from North Carolina. So, I grew up eating after church on Sunday. I’m at my granny’s house; we got the full spread of soul food laid out. A lot of times, eating that way is a part of your culture and history, and your way of life,” Paul told Forbes in August 2021.

Ricky Wilson, Winston-Salem’s associate men’s head basketball coach, stopped by and said he approved of the new alternatives for students.

“This is so important just for the day-to-day vigor of school, but especially if you are a student-athlete,” Wilson said. “They need these types of options after practice and lifting weights.

“I have been a vegan for 15 years,” Wilson said, “and with that change, I have lost weight, I feel more refreshed and energized.” 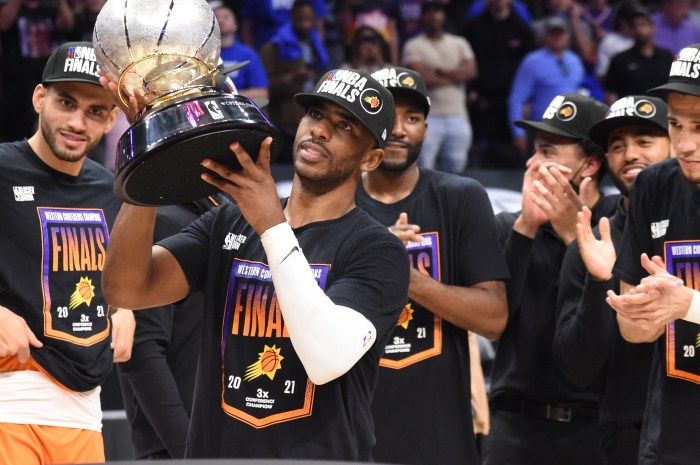 Sydney Lawson, project manager for the Chris Paul Family Foundation, said Paul became a partner with Koia after he tried their protein shakes. “The purpose of bringing them to HBCUs but specifically to Winston-Salem first is to promote a healthier eating habit. A lot of times, HBCUs don’t have the proper funding or access to healthier eating, so this is just a start of promoting that to the HBCU community.”

Lawson said the foundation’s goal is to bring Koia vending machines to all HBCUs across the country. The installation of the machines is not the first contribution to the university by the foundation. In 2019, it gave $50,000 to Winston-Salem State athletics to support the WSSU Team 250 Campaign.

Jon Adams, director of skill development at CP3 Academy and longtime friend of Paul’s, gave more insight into why this partnership was important.

“The partnership with Koia is just another way of the Pauls being innovative and keeping our community healthy. We’re giving them different ways to try to beat stuff that we have been through for years. Us as an African American community in general, the things we eat and drink, we need to be more conscious all together,” said Adams.

As for now, this is just the first step to a long-term commitment to better the community, said Paul.

“First and foremost, they have to be introduced. To go on to these college campuses and to try to educate kids is a great place to start. The younger someone is exposed to plant-based options, the better,” he said. “I didn’t learn any of this until I was 33, 34. But better late than never.” He said his focus on plant-based eating is a way to help him return to the NBA Finals.

East is a former Rhoden Fellow (2019-2020) and a senior multimedia journalism student at North Carolina A&T. She is from North Carolina (“the 336” to be specific). She is the creator of On-Screen w/ East Laureen, a visual podcast where she interviews various people within the sports & entertainment industry.