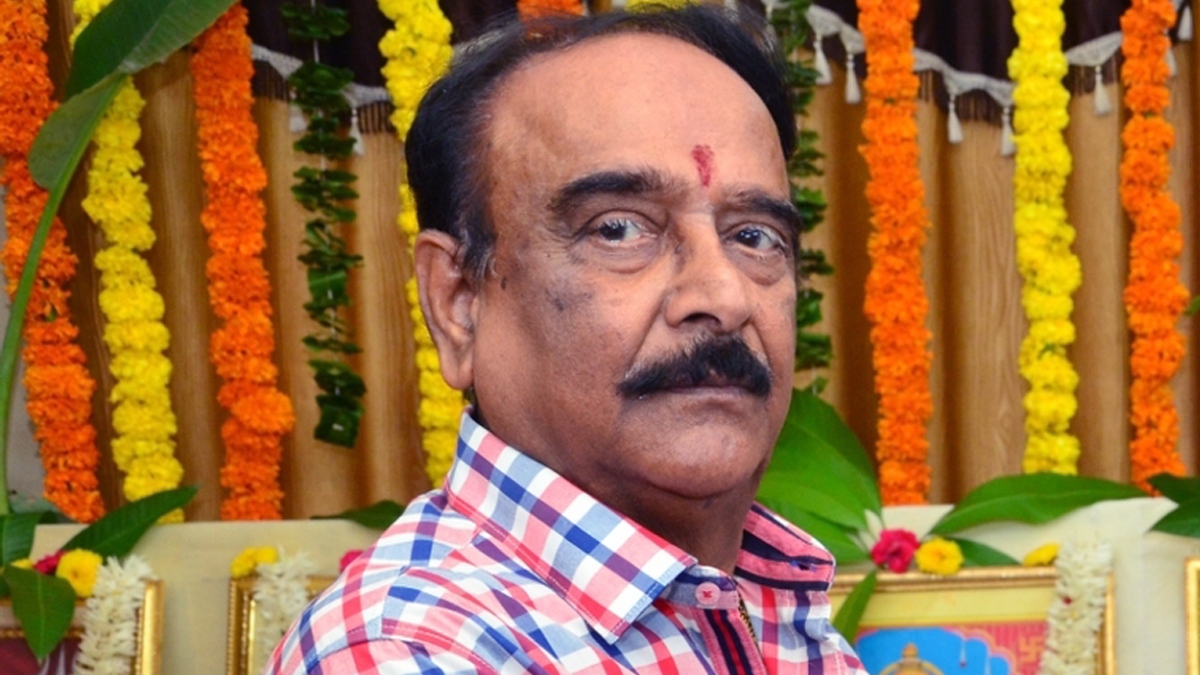 Paruchuri Venkateswara Rao, the veteran cine writer, has not been actively working on movies for years now. He hasn’t been seen on TV or in interviews either. His brother, Paruchuri Gopalakrishna, has been giving script-writing lessons on YouTube.

Venkateswara Rao, who is 80, has been suffering from some age-related health issues. His latest pic has been shared by ‘Takkari Donga’ director Jayanth C Paranji on the Internet. Rao is looking so weak that Netizens just can’t believe he is the same person they watched in a number of movies in character roles. Besides being a writer of great repute, Rao is also a talented artist. His dialogue delivery used to be quite famous in the 1990s.

Sharing the pic, Paranji wrote that Rao is mentally as sharp as ever. “Caught up with my Guruji! Paruchuri Venkateshwar Rao garu. A little saddened to see his body aging, but my God, his mind is still as sharp as ever!!! To think he and his brother wrote more than 300 films! No mean achievement! 200 plus were blockbusters!!! Love you Sir (sic),” the filmmaker wrote.