Pilates vs yoga: Is one superior to the other?

It’s a fairly common exercise question: Which is better – Pilates or yoga?

Really, there is no “better” as both work on connecting the mind and body to strengthen and stretch the muscles.

Most people will relate Pilates to the core and yoga to mind and relaxation.

They’re not wrong, but it’s difficult to explain the differences between the two unless you try classes for both a few times to actually feel the difference.

A number of yoga instructors are also Pilates instructors, including yours truly, because we are attracted to similar forms of mind-body wellness.

Personally, if you are recovering from an injury, especially the back, or lack core strength, I’d recommend Pilates.

A decade ago, my mother suffered a herniated disc.

After the routine doctor’s visit and painkillers, she was referred to the physiotherapist for rehabilitation.

She learnt some stretches and strengthening exercises before the physiotherapist referred her back to me for Pilates!

I taught her some exercises, and so far, except for the occasional complaints from overworking, her back seems to be doing okay.

It takes time to learn the Pilates technique – as students often tell me, they may have done the same exercise numerous times, but it doesn’t get any easier.

It’s the same for me – the core can always be worked harder.

Now, if you need to improve on your flexibility and overall strength, then I’d say opt for yoga.

That’s not to say you cannot rehabilitate from an injury with yoga.

However, your chances of getting injured while doing yoga are a lot higher than when doing Pilates, simply because there is a gamut of challenging yoga poses that can put a lot of strain on the joints.

I know many yoga instructors who have busted their knees, strained their wrists/neck, or torn a shoulder ligament from attempting arm balances.

Yoga injuries are common, but you rarely hear of injuries from doing Pilates.

The reason: Pilates is mostly done on the mat (floor) or machines, while yoga has a number of vertical or standing, and twisting, moves.

Depending on the style of yoga, there could also be jumps and hops involved. 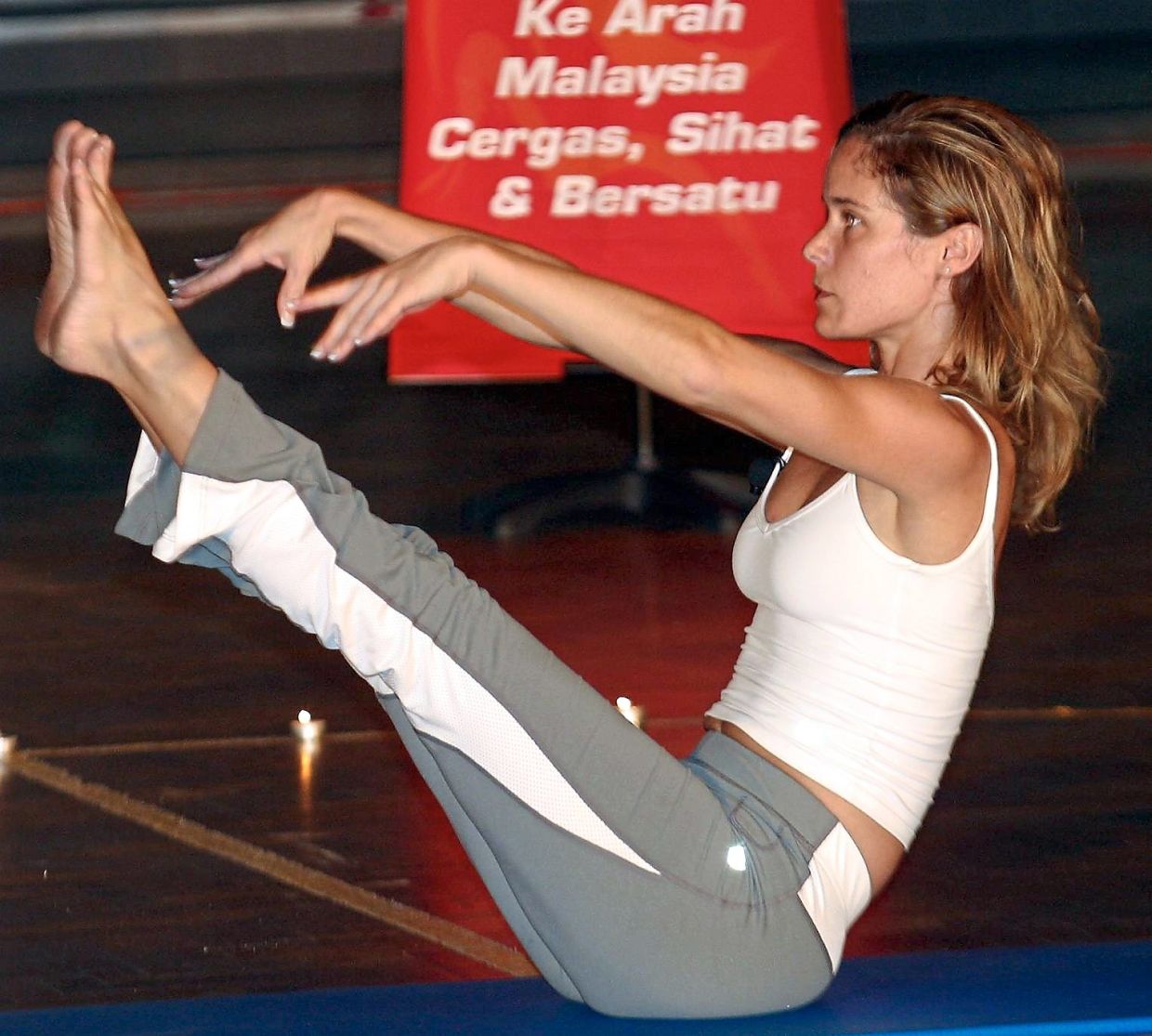 The powerhouse area comprising the core, back and gluteal muscles is the main focus of Pilates.

Of course, it’s best to combine yoga and Pilates as they complement each other.

Strengthening your abdominal, back and gluteal muscles in Pilates (these muscles are referred to as the powerhouse area) will give you better posture and balance in yoga.

Meanwhile, all the stretching in yoga will give you better flexibility and enable you to take bigger movements in Pilates.

The core is also worked in yoga, but unlike Pilates, the focus is not on that part, which explains why many renowned Indian yogis can do amazing things with their bodies despite having a “prosperous” tummy.

So, don’t be fooled by a yogi’s appearance – outer beauty is not a priority!

Pilates and yoga both have their own breathing techniques that can help alleviate stress, but yoga will equip you with more tools to calm your mind should the need arise – that’s the meditative component.

Also, certain yoga styles are intended to be relaxing, but trust me, a Pilates session never is!

In essence, yoga is a more holistic system, while Pilates is intended to be restorative and doesn’t offer as much meditative elements.

Strike a balance and incorporate both into your fitness routine.

Revathi Murugappan is a certified fitness trainer who tries to battle gravity and continues to dance to express herself artistically and nourish her soul. For more information, email starhealth@thestar.com.my. The information contained in this column is for general educational purposes only. Neither The Star nor the author gives any warranty on accuracy, completeness, functionality, usefulness or other assurances as to such information. The Star and the author disclaim all responsibility for any losses, damage to property or personal injury suffered directly or indirectly from reliance on such information.