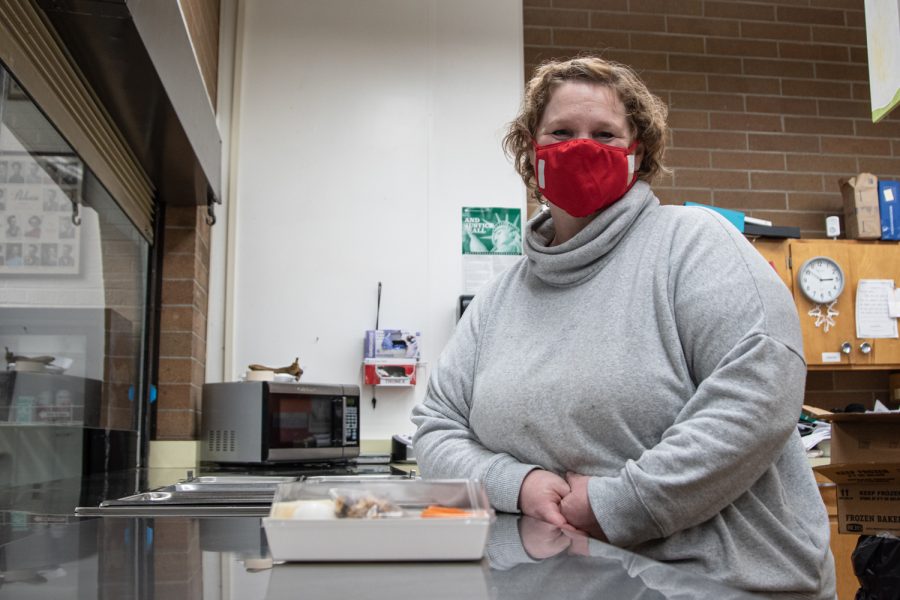 The Garfield-Palouse School District was awarded a $2,500 grant in January by the NorthEast Washington Educational Service District 101 to serve locally sourced food to their students.

The district has until May to use up the funds, said Lindsay Brown, former Palouse board member and former WSU dietitian.

Brown helped write the grant and initiated the partnership between WSU and the Garfield-Palouse School District.

Starting in March, the WSU bakery and Shepherd’s Grain will be providing breakfast muffins for the district, Brown said.

The district is having “Taco Tuesdays” using WSU premium beef. They are also putting up signs in the cafeteria to help educate their students on where their food is coming from, she said.

“We have the opportunity to purchase locally grown or raised produce products, and we need to capitalize on that,” Brown said. “The cherry on top is it’s an opportunity to educate kids on seasonal produce.”

Brown volunteers for the district’s nutrition program, Viking Fuel, once or twice a month. She educates kids on seasonal produce using different menu items the school gets through the NEWESD 101 grant.

Brown said she hopes the grant will be awarded on an annual or biannual basis allowing awarded school districts to access different produce during the growing season.

“If we establish these relationships with different WSU entities, we can continue to build the Washington economy and the university,” Brown said. “I think that’s really important.”

WSU Beef Operations supply their beef directly to customers. Customers can choose to have their beef delivered in 15-pound- or 25 pound-boxes or they can buy one whole or half cattle after it has been harvested, said Brent McCann, WSU science department beef cattle manager.

“It’s a win-win because they get a good local product that they know is wholesome, natural beef,” Michal said. “It’s a win for us because the proceeds keep our program going and teaches more students about the beef cows.”